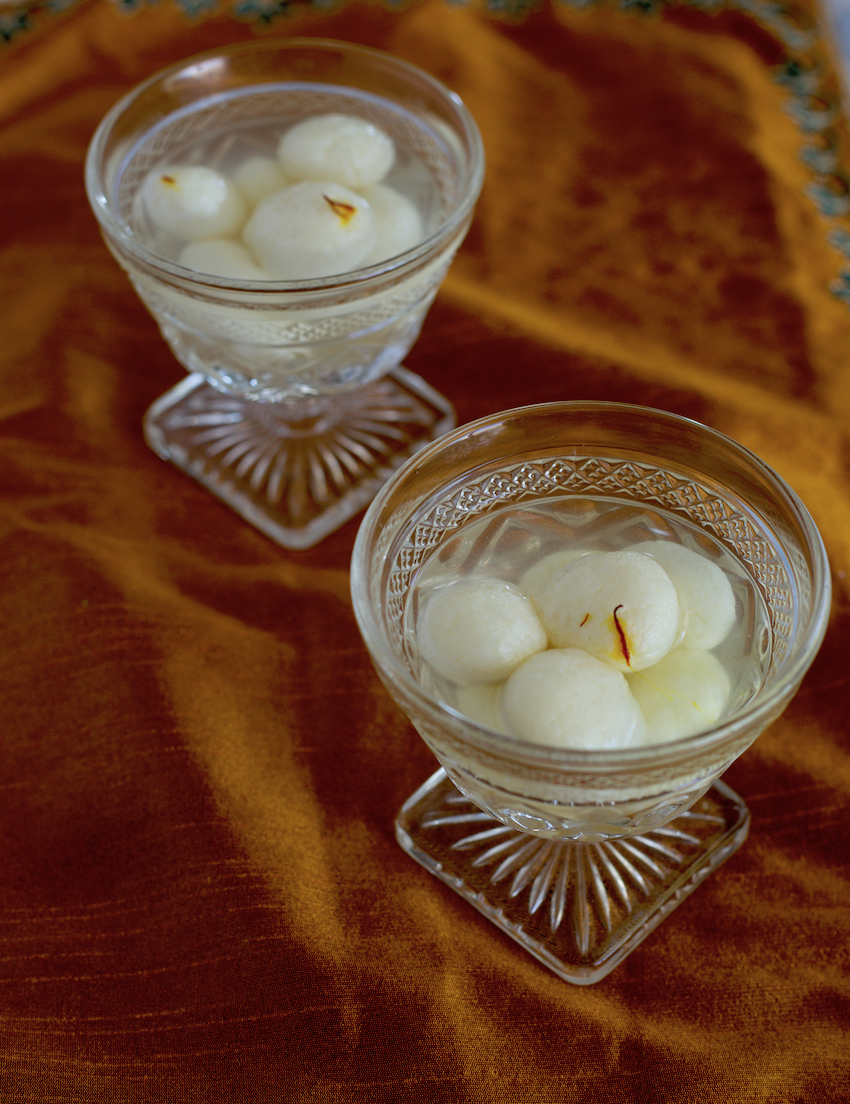 When it comes to Indian sweets and confections, I am not as proficiently expertised as I'd like. Of course, we've had a few hits here and there, but the story of my misses is, in overview, a few many and profoundly undertold.

It was a year ago that I decided to give up, on what I consider all time tops of Indian confections.

The last recipe I tried, from a source that will go unnamed, went on in a dedicated, numerous web page layout, and used up half my day, to postulate on the process of simple syrup. Long story short...some few attempts and a couple of gallons of wasted milk later, I abandoned the idea of making a homemade version of today's topic.

It's ardent I get my game on, for such a time as this. It'd been nearly two months since I've seen the doors of the local Indian store, that sold me tinned versions of what I'm about to talk about, and would never be as appealing as what I made hereafter. The idea of devoting a day, when the days are in plenty, recreate something that's not been far off my mind, and offer you a blueprint was what gave me quite the leap.

Do I hear you yayyy?!

It wasn't easy. After a rather exhaustive search, and the motley of feeds and urls delivered by Pinterest and Google, combined, I reached some definitive conclusions regarding the subject at hand and my capabilities surrounding it.
In sum:
1.  Milk. Lemon juice. Pow! I can curdle milk, like a pro. You don't need a countless number of instructions to take you through the rancidizing process.
2. I understand sugar consistencies, how long it takes for syrup threads to form. Here, we need not go beyond thin and it doesn't require a candy thermometer, making the immersion and absorption prep effortless.
3. I can take a class on paneer. And it's kindred chena. The basics of splitting milk with acid, in a resulting moister, cheese curd, aka, Indian chena, is all you need to master. 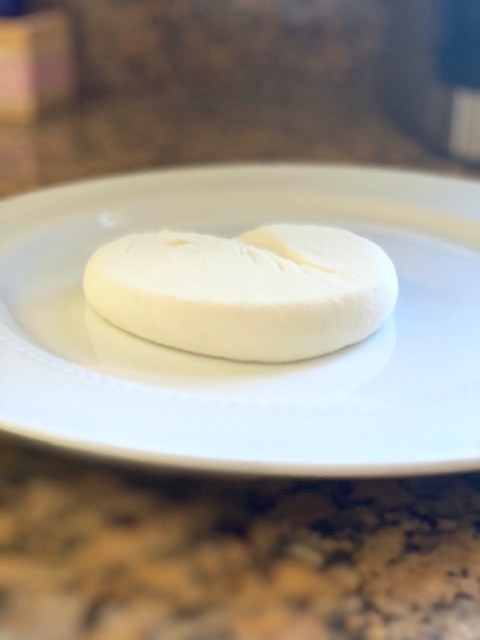 Ras, means juice and golla or gulla translates to ball. Rasgulla is a dessert made from kneading/forming separated whey-curds into marble shaped balls, and finally slow simmering them in sugar syrup.

This classic Indian recipe claims origins from at least a few different parts of the subcontinent. Made with five ingredients, counting lemon juice, which gets washed out, and water, which really shouldn't be counted at all, the beauty in these mild cheese spheres, is their sponge-y texture. Deposited into bubbling hot, sweet liquid, each round guarantees that gush of nectar so common to Indian dessert culture.

This is rightful mithai making in all its stupendous glory. An amrita-ish play of permeation- well meaning solids in flavorful liquid- leaving you longing for several successive servings.

The three leading ingredients would most likely count as kitchen essentials, add to that drinking water, and you're set.

Likewise, as we try to do less with more, today's dessert has no rival.

Till next time, I leave the ball in your court:-) 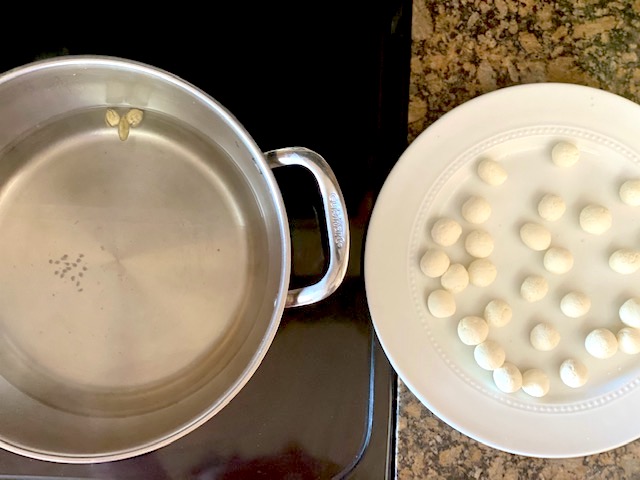 Cardamom pods in sweet glory. It's all about balance.

Notes :
The more lemon juice you add, the larger the curds. (I add near to the 1/4 cup)
Do not boil the milk after it has separated and curds start forming. This gives rasgulla balls  a rubbery, processed texture.
Rinse curd solids thoroughly to get rid of the acids/taste from lemon juice.
Use the heel of your palms to knead the your cheese dough, even the insides of you palm when you are rolling the pieces, to get balls as smooth as possible.
Prior to adding the balls, do not heat syrup to a thread consistency. It should be thin, with the sugar content not as concentrated.
Rasgullas need room to expand in syrup. Be sure to use a large and sufficiently deep pan. 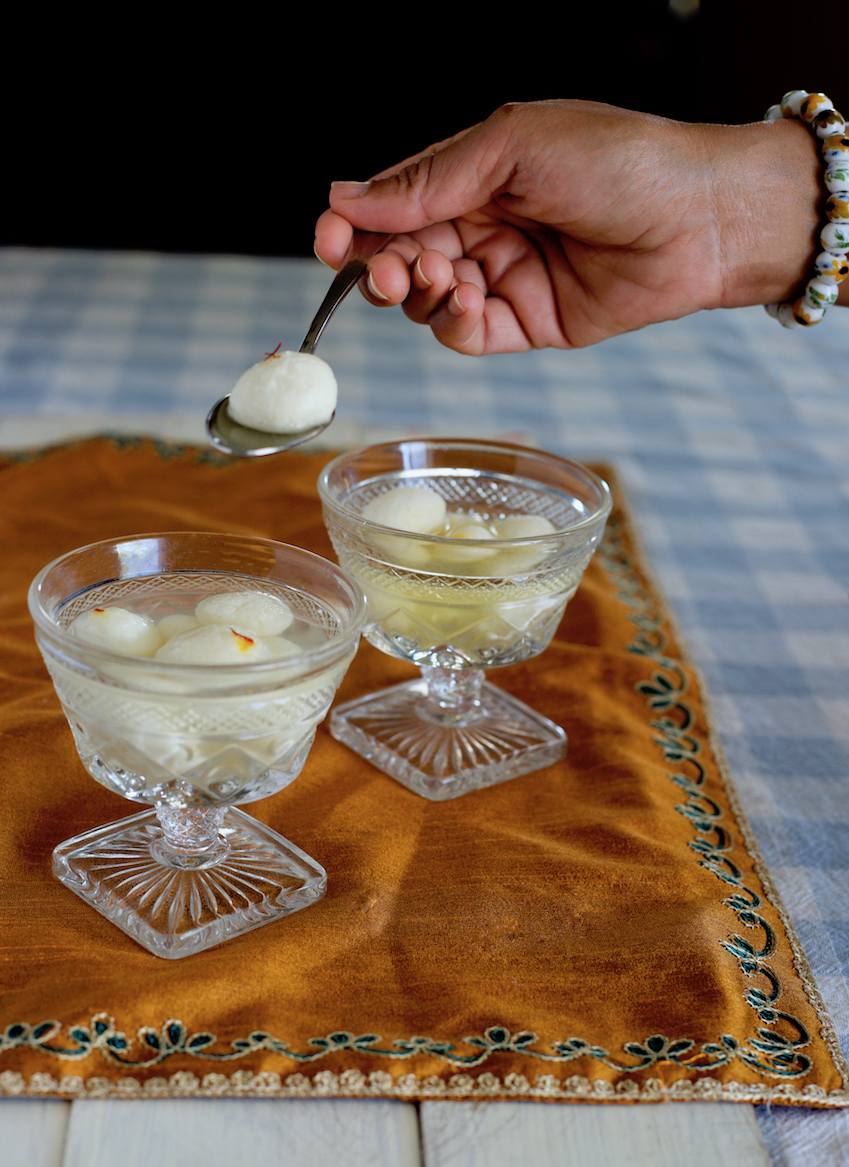 Pretty with a pinch of saffron 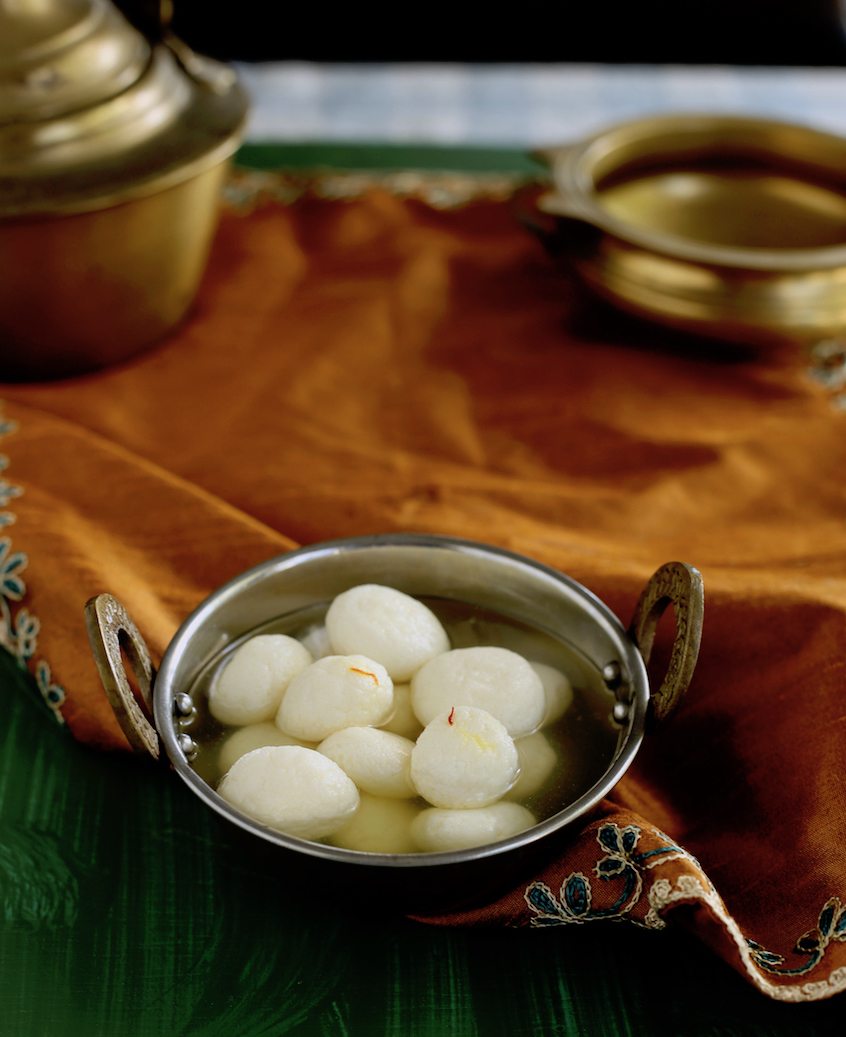 May:
2018: Chocolate fudge cake
2016: Oatmeal chocolate chip cookies
2015: Steamed dumplings
2014: Caramel custard(flan)
2013: Citrus chiffon cake
2012: Breaded pork chops
******
"Trust in the Lord with all your heart and lean not on your own understanding. In all you ways acknowledge Him and he will make your paths straight." Proverbs 3:5-6 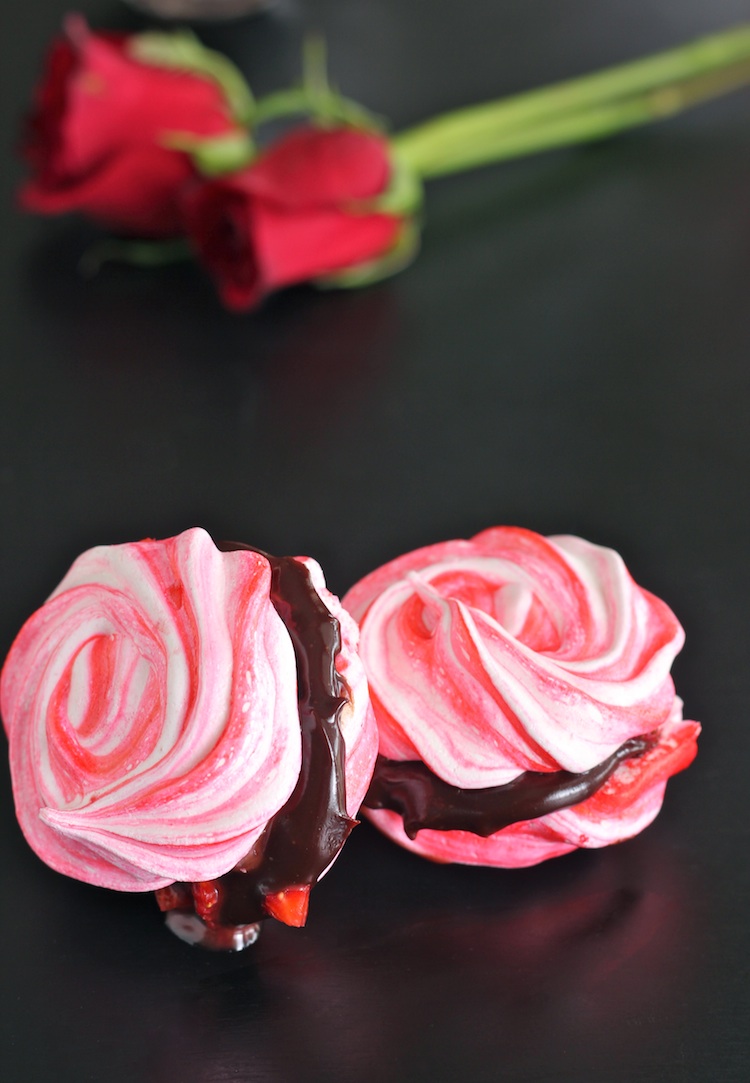