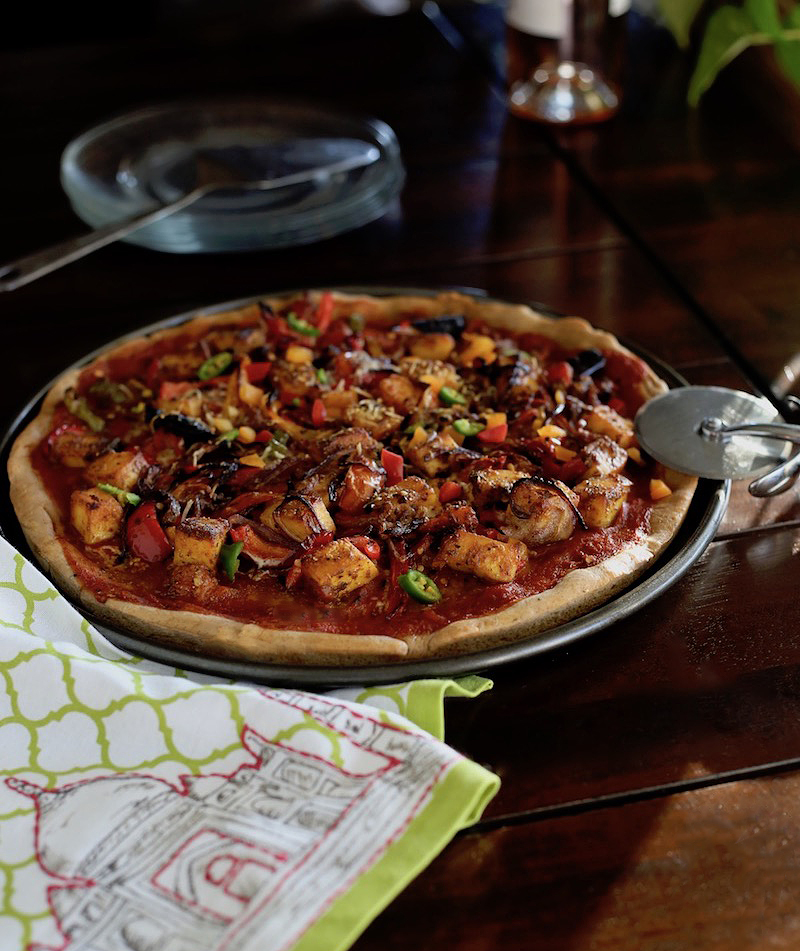 In the U.S. alone, we eat 350 slices every second. The University of Maryland says, if we should eat more of it, it needs to be in whole grain form and that baking, at longer times renders a multitude of antioxidant power our bodies require.

Pizza, pizza. Do you dream of it? I do. After discussing at length, the dire urge to see/breathe/eat pizza every moment I thought of it, and the post that birthed subsequently, I felt I'd arrived.

As I go through these pictures today, I clearly see that it was so not the case. I had to be here, ditching much of what I thought I knew. It's been a long way, people, too long. Don't you think?

Likewise, the one time I colored Indian flatbread green was momentous, where many of my pure food epiphanies and inner child objectives were met and satisfied.

I am never averse to the wholefoods/grains-and-husks lifestyle, if, in fact, it achieves the flavor goals needed to actually consume it and say, oh yes, this is good(!). When you're considering a reworking of what's 60% responsible for insanely good pie, you pause... and...you pause again. You, then raid Pinterest with a vengeance and pray that something productive happens after trolling the web and a million Instagram stories on how to possibly begin with whole grain dough construction.

A stretchy, crisp foundation creates pizza utopia and on most occasions will be the difference between meh and I need another slice😌😎 How do you achieve it with so many different inconstants? Will the crust morph into something unrecognizable and totally unpalatable? Does yeast perform contrapositively when the elements added are heftier than those few cups of refined white? How, oh how, do I go about this?

Of course, when the challenge is put across by the friend who's lost the equivalent of an ample size toddler's worth in weight, because their daily meal prospects looked much similar to this, you are further amped to make it totally doable.

The overwhelming prompt of finding a recipe for a multigrain pizza crust that entices the whole subcontinent of India and, moreover, should be appealing to most of us across the pond was tantamount to the exam you are about to take without prior study. This was, to boot, the most alluring part as well: to make a base as brilliant as the topping it carries with ingredients that should be part of essential daily nutrient intakes.

Hence, before we start, a few points to keep in mind:

1. Don't freak out if it doesn't come together, like all white dough usually does. It will. Eventually.
2. You can use whole wheat flour alone. That would qualify it for whole grain. But it won't be as interesting.
2. Don't hesitate on experimenting. Swap other flours and grains. Before this experiment, I had no idea what sprouted millet was.
3. Use flours that you may actually eat. If you've bad experiences with anything in the past, by all means, do not try it here. You may end up hating pizza for the rest of your life. Which is not something anyone desires.

The Kitchenaid helped in kneading dough, but only the fourth time round. I honestly believe the fantastic crisp and airy light structure was because my arms worked so hard, the first three times, sans a machine or "needed" gadget. Let me emphasize, people, you don't require fancy machinery/tools/accessories for yeasted dough- no pizza paddle, stone, stand mixer or bread machine- in fact, it actually gets bread-y when done in the breadmaker.

The millet flour in the recipe will most likely be the most questionable variable against flavor. I think I've added just enough here for you to not say why? It does add heft, with the texture more on heavy than most might desire. You could very well omit it, though it actually lends enough dimension that you almost taste the promise of good in slices.

You can pull dough as much as you need to create the stretchy thin crust or keep it deep dish-ish , whatever fuels your desire. The dark spots and bubbles that tops, and all of what's desired from stone fire pizzerias, are achieved through the broil option on your oven.

Pre-saute adornments before you top and bake. It prevents the dough from sinking in the middle. Allow the mind to soar when considering topping options too. Artichoke hearts, kalamata olives and onions. Mushrooms and grilled corn. Salami and Anaheim peppers. Your mind can fuel a plethora of options and be the envy of many pizza joints.

I'm not saying I'll forever ditch white flour, but my current feels for this dough is pretty high up there and dinner prospects seem a whole lot brighter and, beyond doubt, healthier?

And who really doesn't want every night to be pizza night? 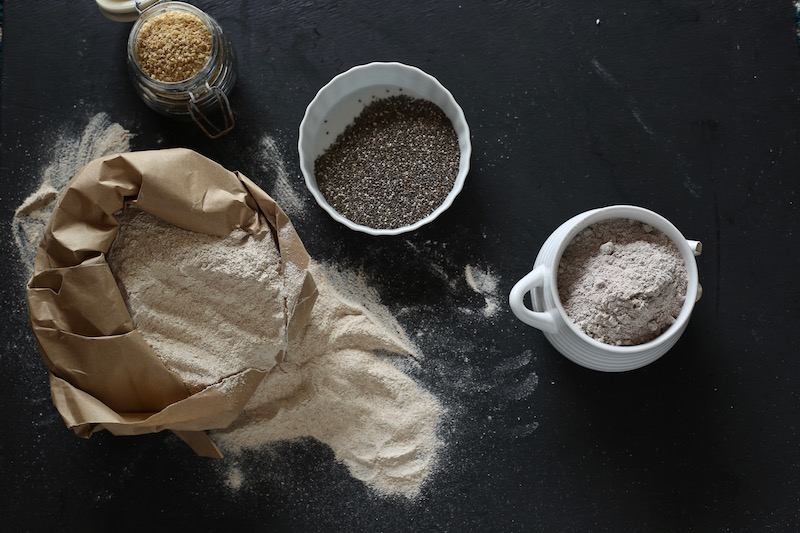 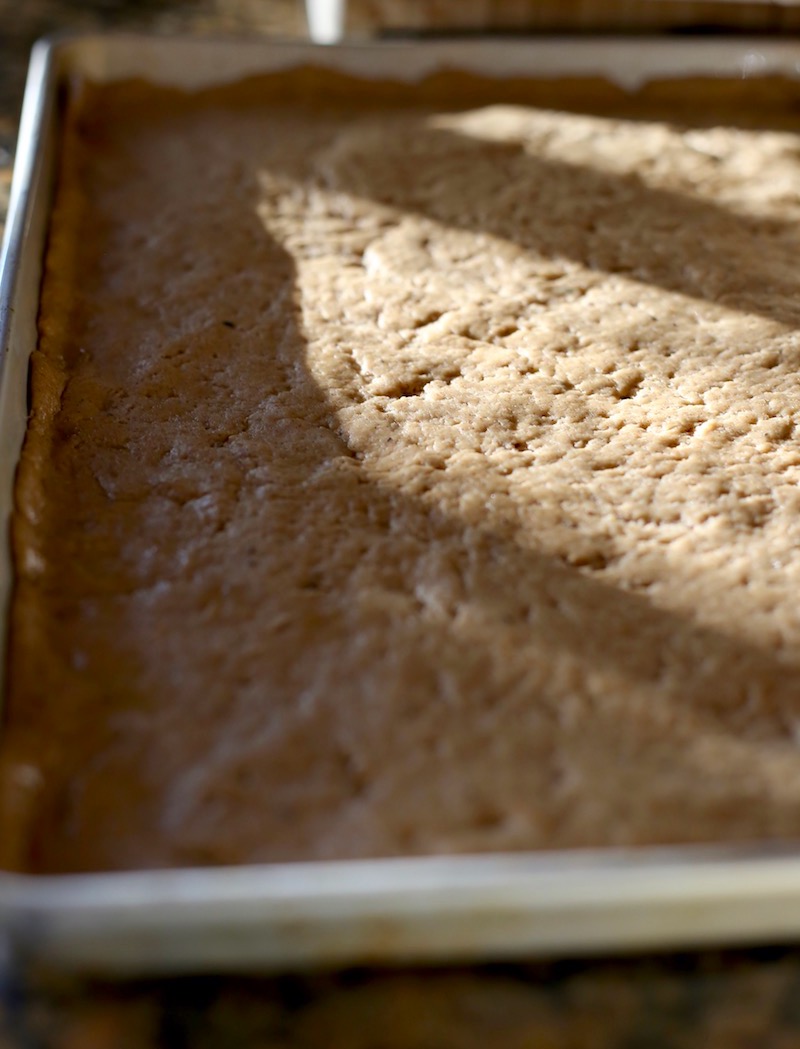 Q&A;
What is finger millet? Don't worry, I never knew what a millet was until Google gave me the answer.Trust me, it doesn't involve fingers. It's a cereal crop found in many parts of the world, but, unfortunately not much in this part.You could buy online or search out specialty grocers. High in fiber, with substantial nutrient value, the gluten free flour is particularly magnificent in breads, flatbreads and thickened cereals. Yes, yum! 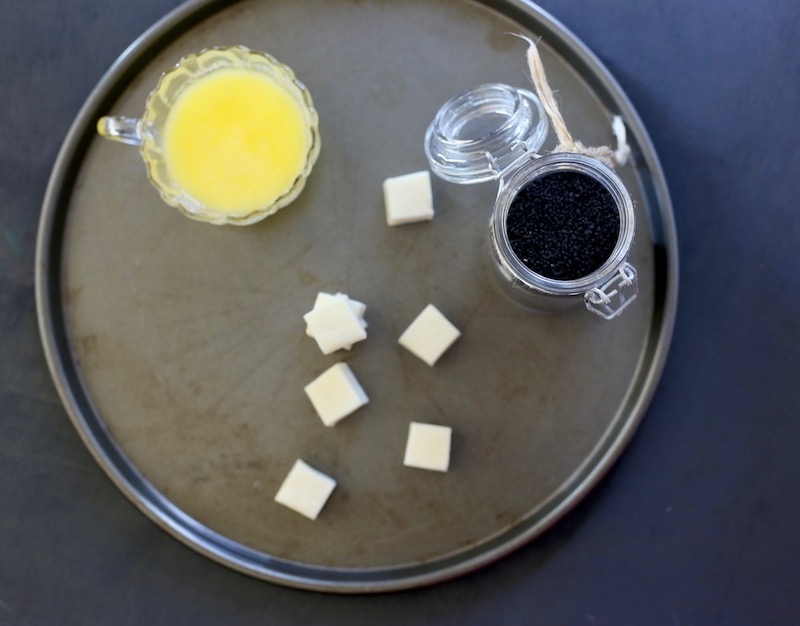 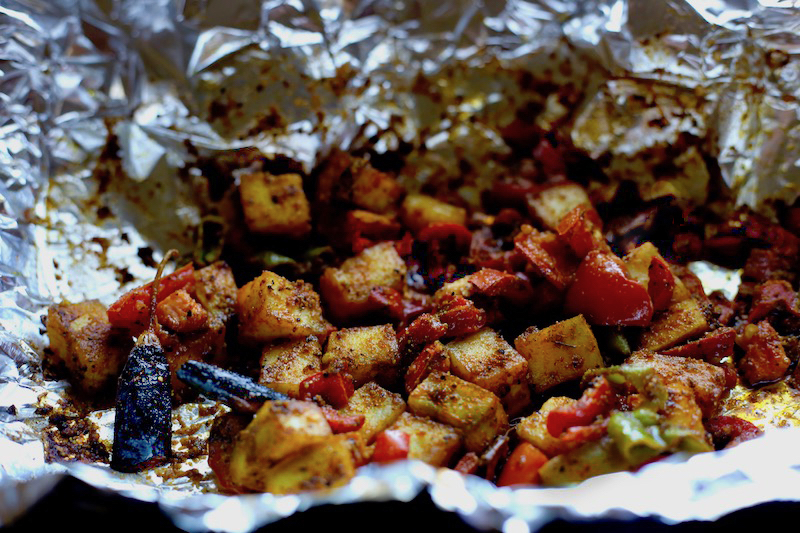 If you're even remotely familiar with anything slightly Indian or near Asian, you've most likely met paneer, India's national cheese. Mild in flavor, it's the chameleon ingredient that adapts delightfully well to almost anything you add it to. Mistakenly known as cotttage cheese, it is the unaged cheese formed when milk is cut with acid, forcing wheys and curds to separate. Paneer is delicious, at least for most palates, especially that of the health fiend buddy who tirelessly consumes it in a variety of ways, was the source of me creating this recipe in the first place and has a Weight Loss Testimony to take many others out of business. 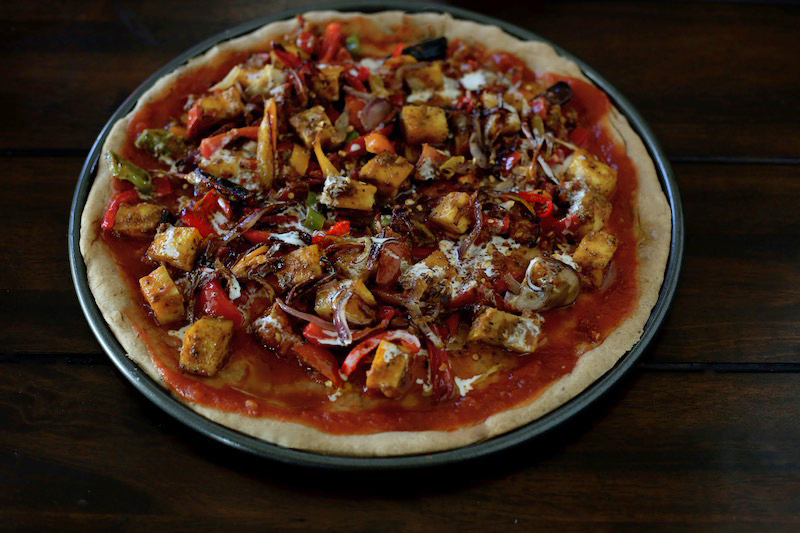 Italian, Indian? What can it be? Fusioning food concepts can lead to very grand things.

Notes: I used white whole wheat flour. Regular whole wheat flour an be used, but tastes will alter and you may need to sweeten the dough with some extra agave nectar , honey or orange juice.

Charred paneer topping:
Directions:
Let your pizza aspirations run wild. Use toppings you crave/swap out crust ingredients- anything that rocks your orbit. 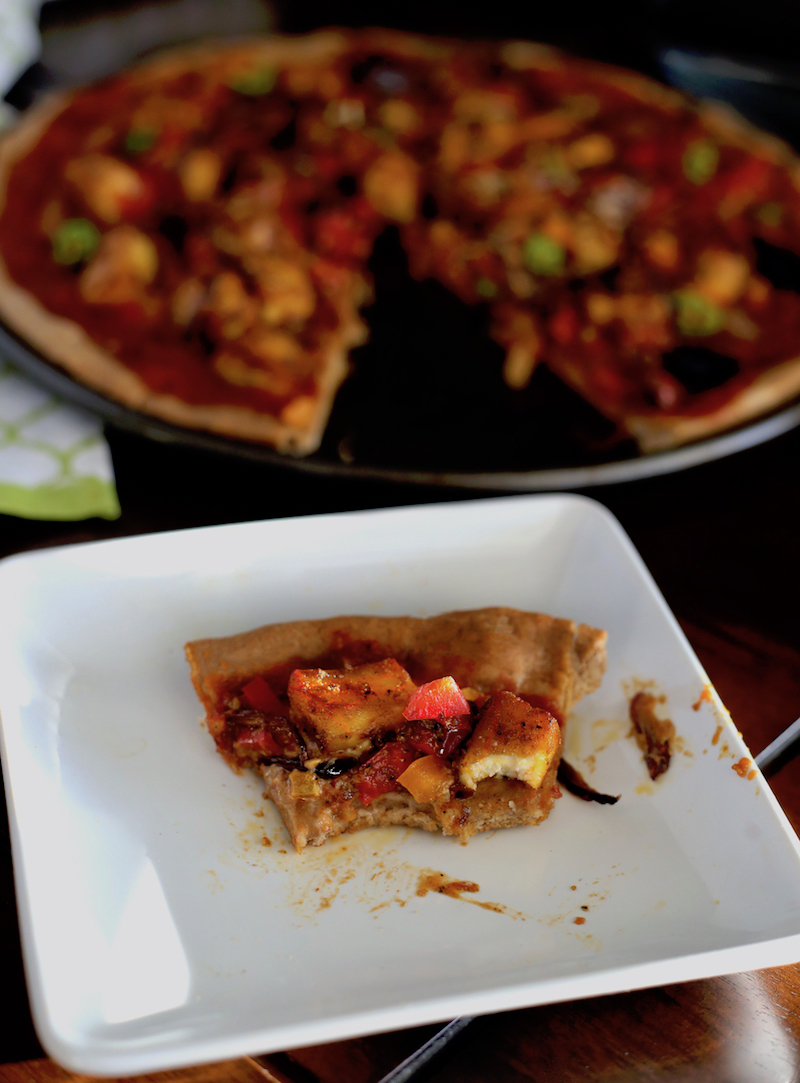 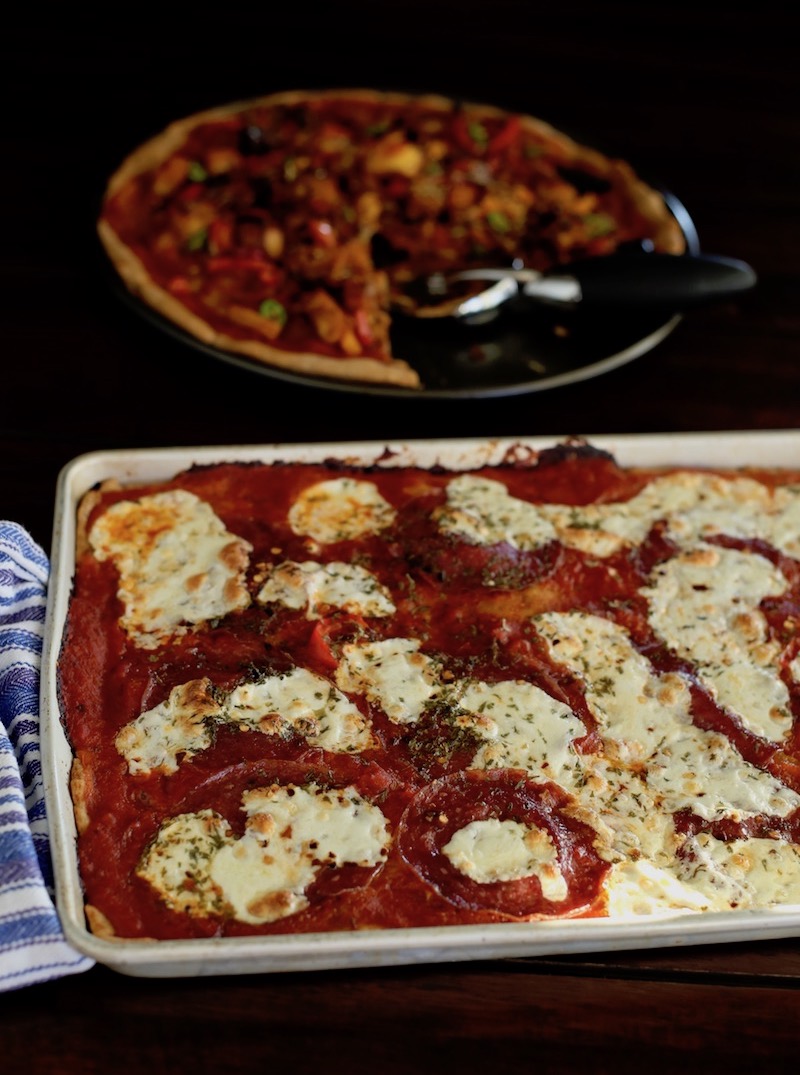 
I know the silence is echoing loud. I apologize. I am grateful for your audience. And of course, the friend who fired this post, thank you much. Your trust propelled and encouraged me, fuelling my passion and purpose. God bless.

Posted by Tisa Jacob at 8:24 PM 2 comments: Links to this post 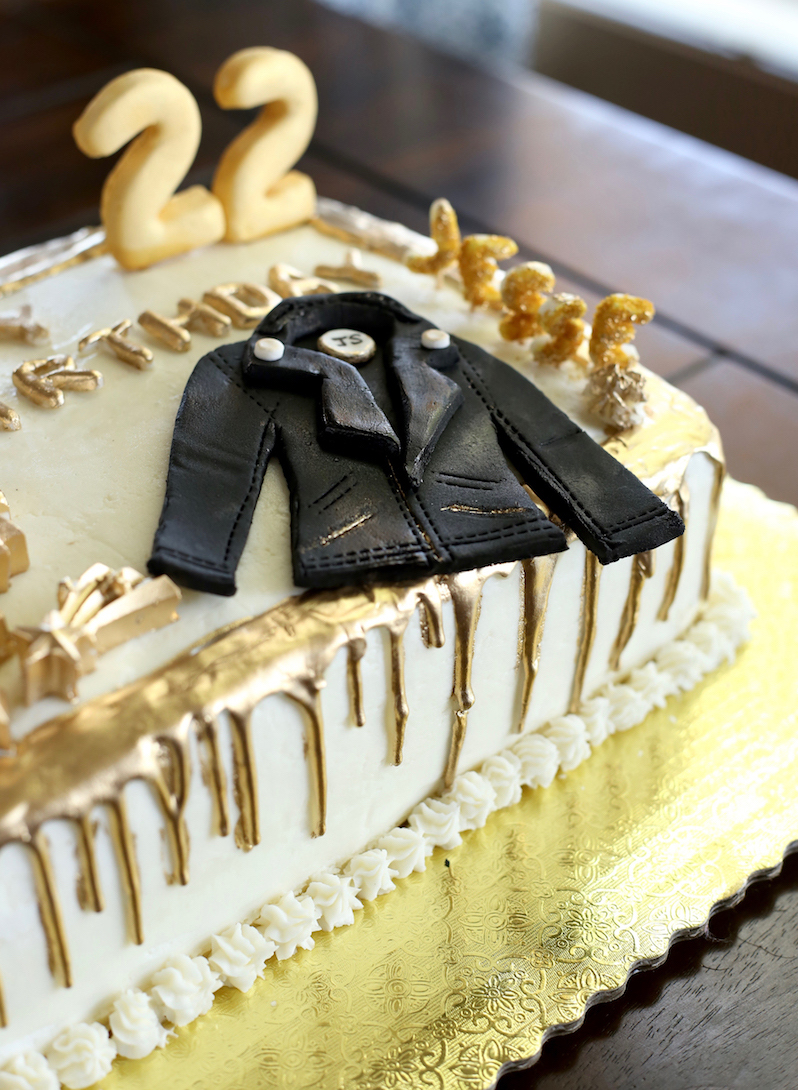